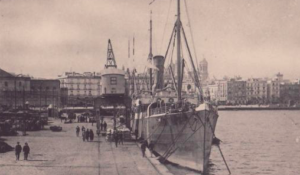 La Casa de las Cuatro Torres pays tribute to those who from the middle of the XVII century until the beginning of the XVIII century contributed to make Cadiz an important city in history.

They were Spanish, French, Italian, Irish men, among others, whose points in common were their intelligence and their spirit for adventure, their passion for the sea and for knowledge.

They found in this city a propitious land to demonstrate their courage and their ambition. A meeting point from which to travel, build and enrich the boundaries of humanity.

Do you want to know more?

Here you have the name of our rooms and their history

Admiral born in Cádiz. President of the Consejo de Indias (Council of the Indies). Thanks to his documented reports, King Felipe V signed the  Casa de Contratación decree transferring – the commercial centre for trade with the Indies- to Cadiz. This meant that the city became extremely rich. This was an important accomplishment as Seville tried to stop the transfer by every means available. In a way, it was thanks to his efforts that La Casa de las Cuatro Torres was built.

We have named this room Juan Sebastián de Elcano because from the postwar years until the 1980´s it housed part of  the repairs office of the ship building company Sociedad Española de Consrucción Naval, later called Astilleros Españoles, and subsequently IZAR and nowadays Navantia. The SECN represents what remains today of the once thriving Cadiz shipyards, among them Echevarrieta Larrinaga, where the Juan Sebastián Elcano was built. This ship is known all over the world and has close links with the city´s history.

Born in Motrico (Guipuzcoa) in 1761, he dies at the battle of Trafalgar in 1805. An Illustrious sailor, he was a cartographer, astronomer, professor of mathematics, and published a naval dictionary and a manual of military instruction. He died heroically at Trafalgar commanding the Saint John Nepomuk ship. Afer his death in combat, Admiral Collingwood who commanded the English fleet after Nelson died, ordered his officers to pay tribute to Churruca.

Born in Italy in 1754, he served in the Spanish Army from 1774. We named a room for him because in 1789 he sail from Cadiz commanding a fleet to carry out an extraordinary scientific expedition that is still remembered today. During the voyage the members of the expedition made cartographic, ethnographic, botanical and, astronomical studies. The Madrid Naval Museum contains thousands of documents relating to this expedition, which returned to Cadiz in 1794.

Born in Cartagena in 1750, he joined the Army at 17 years old and took part in the defence of Cádiz against the British squadron commanded by Jervis. He was the second in command of the Spanish fleet at the battle of Trafalgar. As Gravinia (first commander) was seriously wounded in the combat, it was Escaño who informed Godoy of the outcome of the battle. He was later proclaimed member of the Regency Council in 1810 and lived in Cádiz for the remainder of his life.

French astronomer and physicist born in Paris in 1753, and mentored by his friend Jorge Juan, he was appointed Director of the Midshipmen´s Academy of the Navy, based in Cádiz since its foundation in 1717. He died in Cádiz in 1760 after writing a famous mathematics compendium for training midshipmen.

Born in Cádiz in 1760, he joined the army in 1782. A renowned mathematician and writer, he was an extremely erudite person and a contemporary and acquaintance of Cea Bermúdez and Gaspar de Jovellanos (illustrious figures of the time). He wrote new Navy ordinances. Goya painted  pohis portrait without hands as Vargas Ponce did not want to pay the extra cost of having them painted.

He joined the navy when he was 11 years old. He had a brilliant service record and together with Malaspina he led the overseas expedition form Cadiz in 1789 ending in 1794. The two ships involved in the expedition (he Corvettes “Atrevida” and “Descubierta”) were at La Carraca. He was Proclaimed Governor of Montevideo after the voyage.

Born in Seville in 1716 he died in San Fernando in 1795. He was 13 years old when for the first time he set sail for America aboard the galleon San Luis. On his return he joined the navy where he was noted for his scientific abilities. In 1735, he participated with Jorge Juan in the French scientific expedition that travelled to Quito to measure the Meridian Arc. Their excellent work and observations made a considerable contribution to the conclusions of this study.

He founded the Museum of Natural Sciences in Madrid. He also founded the Astronomical Observatory of Cádiz. He was a member of the most prestigious Science Academy in Europe, as well as Governor of the province of Huancavelica in the Viceroyalty of Peru.

Born in Palermo (Sicily) in 1756, Gravina came from an aristocratic family. He died in Cádiz in 1806 (Cathedral Square), as a result of wounds inflicted at the Battle of Trafalgar, in which he was commander of the Spanish fleet on board the Príncipe de Asturias.

Born in Cabra (Córdoba) in 1771, he joined the Army when he was 11 years old. He was a member of the Malaspina Expedition, and fought in the Napoleonic Wars, and the Battle of Trafalgar where, mortally wounded, he died in command of the ship “Bahamas”. He was a great cartographer.

Born in El Puerto de Santa María in 1753, he took part in the Malaspina Expedition and in the Algerian Campaign, He explored the Magellan Strait and discovered several islands. He fought in the Battle of Trafalgar commanding the Santisima Trinidad ship, known as the “Escorial de los Mares”. He died aged 89 in el Puerto de Santa María.

Born in Dublin in 1722, he joined the Spanish Army in 1761. In 1769 he was proclaimed Governor of Louisiana. Carlos III appointed him Captain General of Andalusia and commissioned him to reorganise fortifications of the city of Cadiz. The San Carlos walls and neighbourhood were built under his command close to casa de las Cuatro Torres and Puertas de Tierra which not long after, proved to be very useful during the war with Napoleon.

Born in Alicante in 1713, he joined de Midshipmen´s Academy of Cádiz where he stayed until the age of 21. During these 6 years he sailed the Mediterranean under the orders of notable commanders such as Blas de Lezo and the Marqués de la Victoria. He sailed alongside Antonio de Ulloa on the voyage to America to measure de Meridian degree. He participated in this venture as a mathematician and astronomer.

Alonso de la Rosa Levassor was the son of Nicolas de la Rosa Suárez, Admiral of the Indies fleet. He was born in 1700 in the Rose house in the Santa María neighbourhood. Aged 15 years he set sail with his father to Guatemala, where the latter was to take possession of the presidency of the Court which he was unable to do as he died in Cartagena de Indias. Alonso returns to Cadiz and joined the army in 1717 (first promotion of the midshipmen academy). He had a long and illustrious career which ended having achieved the title of General Lieutenant of the Army.

Throughout his naval career, Lezo sustained many severe wounds; he lost his left eye, left hand, complete mobility of the right arm, and had his left leg amputated in situ after being hit by the projectile of a cannon. There is ample documented evidence in medical records of the wounds he sustained, and he was known as Captain Pegleg and Half-man. Lezo perceived his wounds and physical limitations as medals and refused to wear an eye patch to hide his blind eye. Displaying his past battles’ history on his flesh won the respect of his peers and soldiers .

Lezo’s defence of Cartagena de Indias against an exponentially larger British fleet consolidated his legacy as one of the most heroic figures in the history of Spain. He is often recognized as one of the greatest strategists in naval history.

Born in 1745, when he was 14 years old, he joined the Army. Some historians consider him to have been the best sailor of his era. He was General Lieutenant-. In 1797and 1798 during Napoleon´s blockade of Cadiz he defended the city with great courage and astuteness. In memory of those events there is a popular song that says: « What use are the English with their light frigates when in Cadiz we have Mazarredo and his gunboats. »

José Patiño Rosales, was born in 1666 in Milan to an aristocratic family. He became known in political circles when he took sides with Felipe V during the War of Succession. He was a key figure in understanding how the Casa de las Cuatro Torres came to be built, as when he was the director of the Casa de Contratación (the commercial recruitment body) Felipe V, advised by prominent figures such as Andrés de Pez, signed the Decree for the transfer of the Casa de Contratación from Seville to Cádiz.

He was responsible for setting up the Midshipmen´s Academy in Cadiz and the construction of the Carraca Arsenal.

Diego de Alvear was born in 1749 in Montilla and joined the Army in 1770. He lost his whole family on 5th of October 1804 at the battle of Cabo de Santa María where the frigate Mercedes wassunk, recently plundered by American treasure hunters. He was Governor of San Fernando and effectively defended Cádiz during his post.

Antonio de Arriaga was born in 1717, and joined the army when very young. He was legal representative of Cadiz Consulate for Royal Affairs in Montevideo. He drew up plans of the Argentinian south coast which can be found today at the Hydrographic Institute. 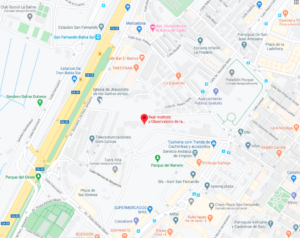 Royal Institute and Observatory of the Navy

The Royal Institute and Observatory of the Navy offers a guided tour of the facilities.
touring the areas of astronomy, geophysics, time laboratory, astronomical ephemeris, seismology and library.

Located in the municipality of San Fernando, the Royal Institute and Observatory of the Navy is the oldest astronomical observatory in Spain and the fourth in the world. Founded in 1753 by Jorge Juan, in this center the official time of Spain is established, being one of the most important scientific centers in the world.

Among its fields of research it is worth highlighting the Hour Section, which consists of a battery of atomic clocks, which, since its installation in 1973, establish and maintain the Coordinated Universal Time Scale (U.T.C.-R.O.A.)

It is also interesting to mention the Geophysics Section, which has been operating continuously since 1879.

Since the founding of the Observatory, the Astronomy Section has had the mission of carrying out observations and theoretical studies of the positions of stars and stars in the solar system. At first those that were necessary for the publication of the Nautical Almanac and the Astronomical Ephemeris and later, as its objectives expanded, all those that were possible to carry out with its instruments and working methods, mainly those recommended by the International Astronomical Union.

This center is the first geomagnetic observatory in Spain, so it also has a seismological station.

The Observatory Library is made up of more than 30,000 volumes and has 4 incunabula in its inventory. It also has a huge historical and cultural heritage, with an important archival and bibliographic collection.